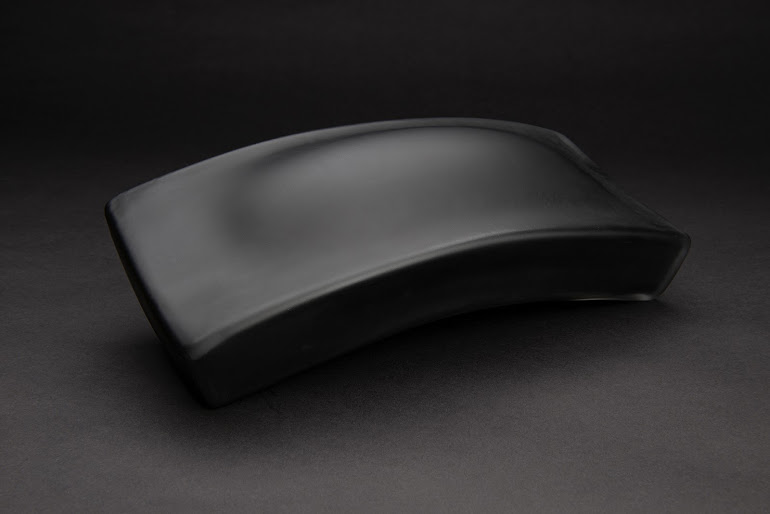 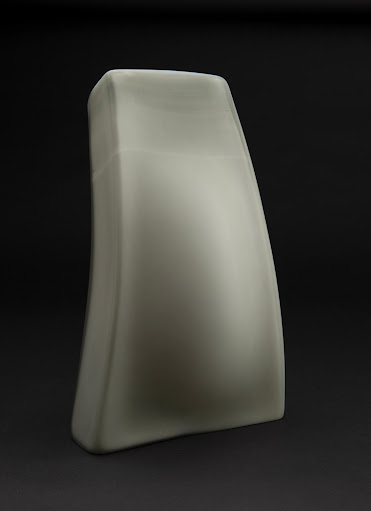 “Veil is the coming together of Thomas and Crellin’s practice. Two separate entities, they have merged artistically to formulate a combined vision of the material. Recognising the strength of working in groups within the contemporary glass movement, they endeavour to open up the working relationship that typically underscores the medium of hot-glass. Their partnership first developed during a 2019 residency at GlazenHuis, Belgium. Lending from one another a responsiveness and improvisation with hot-glass, a combined set of sculptural techniques, alongside an overarching architectural, geometric style. Referencing the veil technique – found in both glassmaking and fine art practices – this work considers the influence of the concealed bubble within the final form. The polarity of the shape’s hard geometry against its soft deformation – induced during the final stages of making by rapidly inflating the obscured bubble at the centre of the piece.” 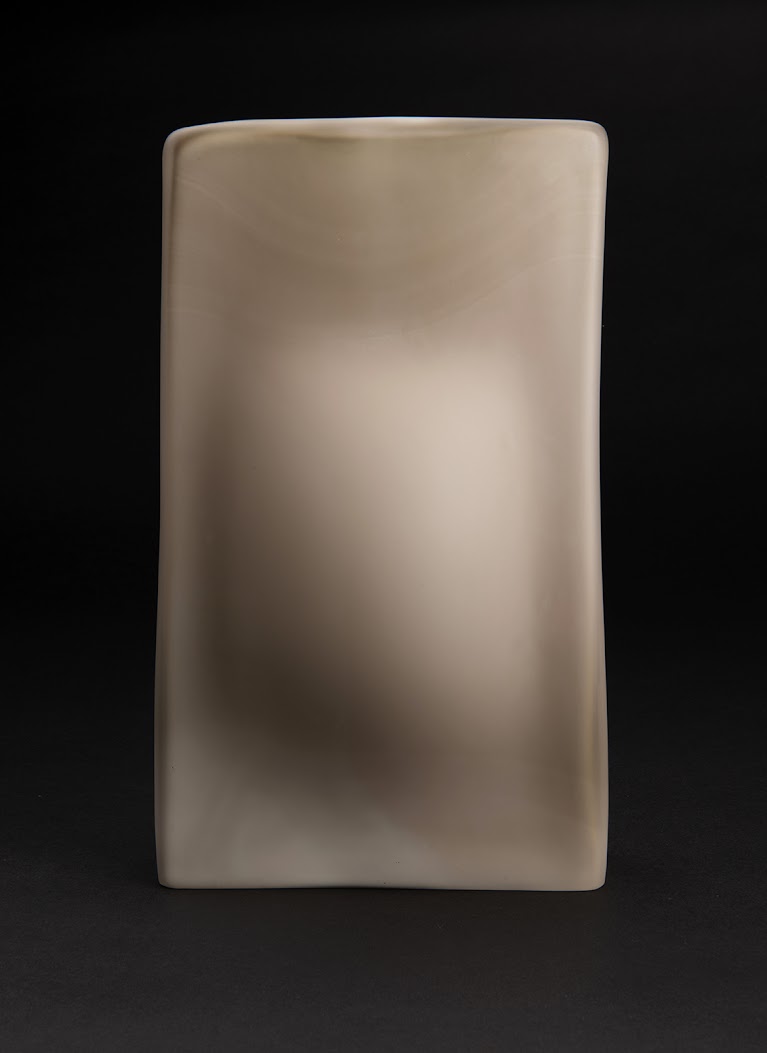 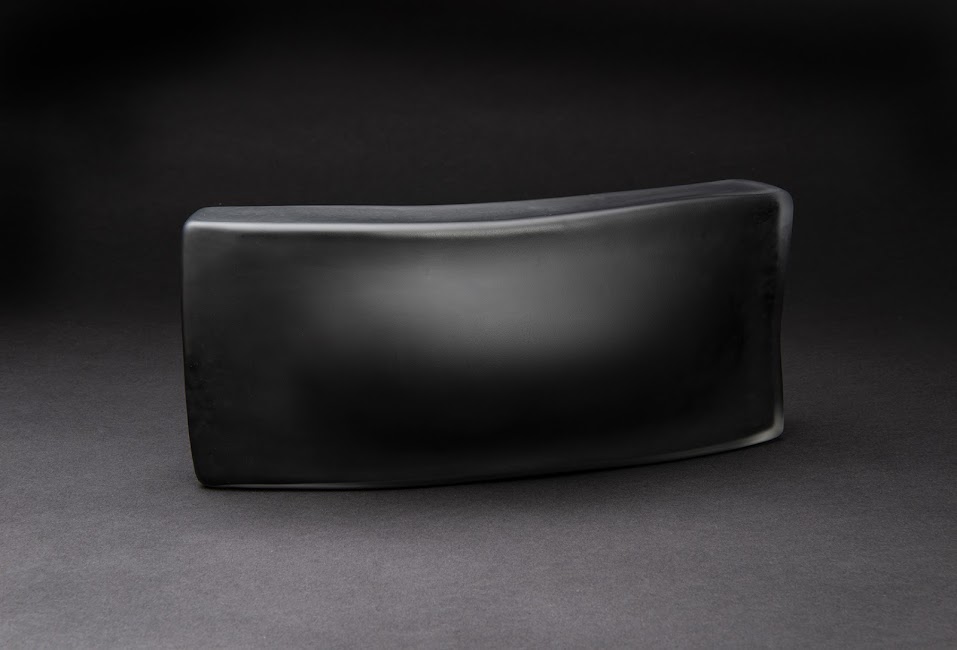 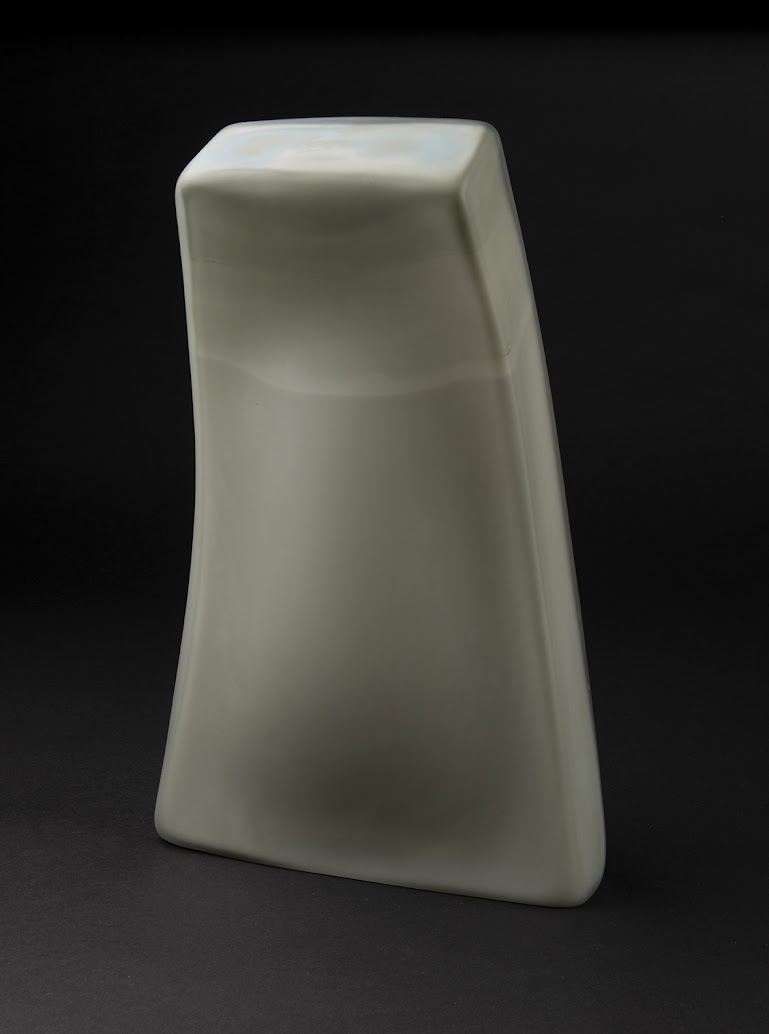 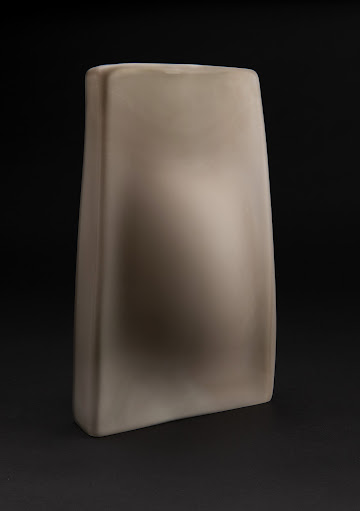 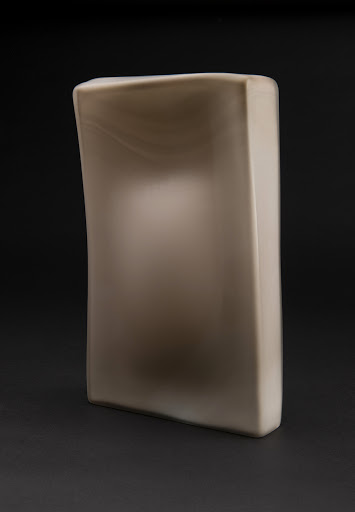 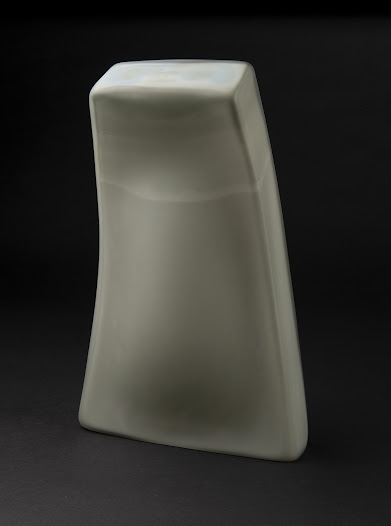